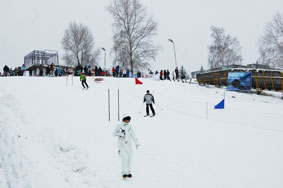 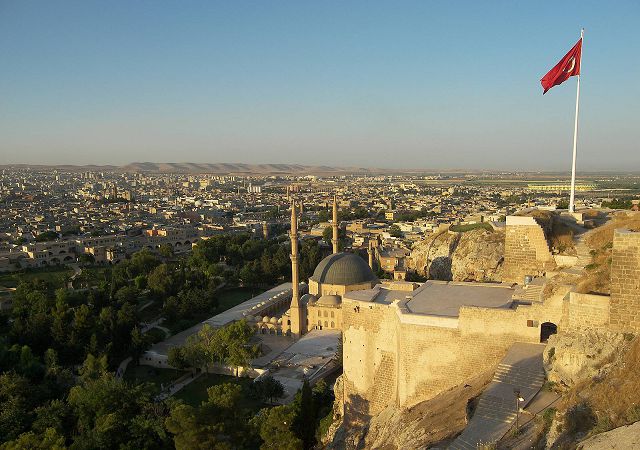 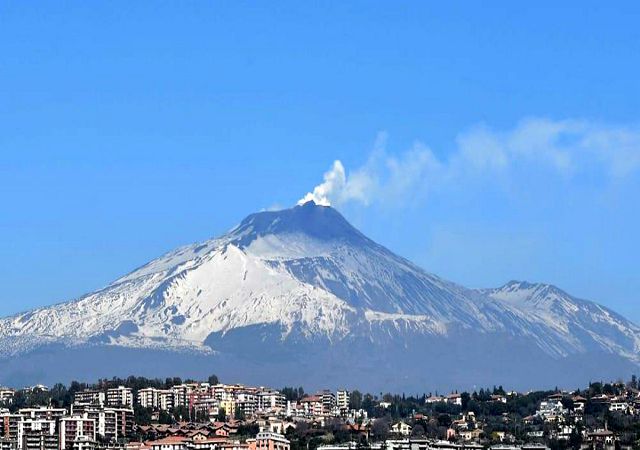 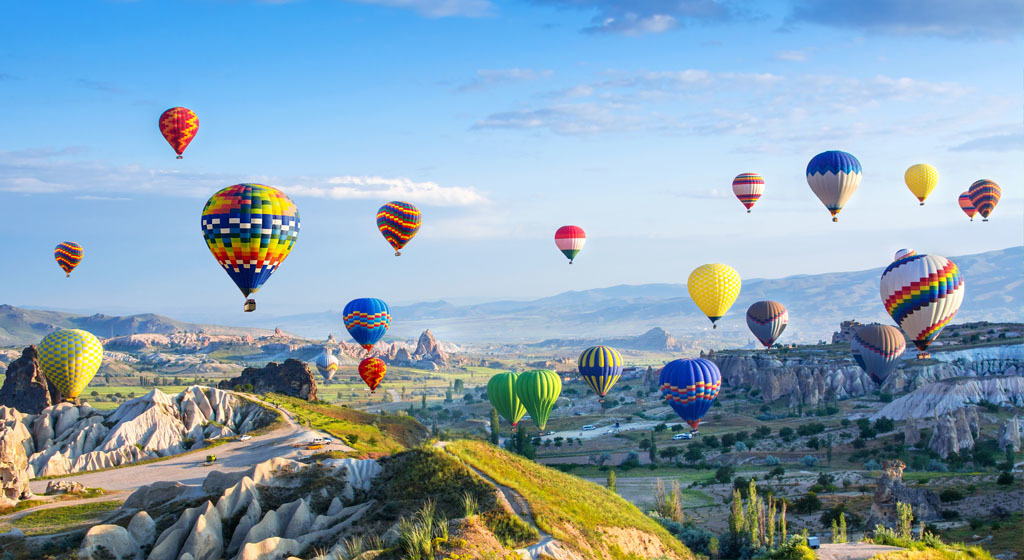 Dragobrat - Spartan resortThis resort is covered with a layer of legends and Hutsul tales. Dragobrat is a favorite place of foreigners from Eastern Europe and Russia and the most desperate Ukrainian skiers…

The best water parks of Ukraine. 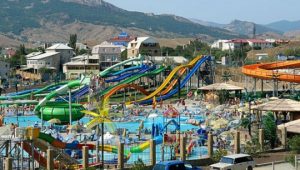 In the summer, in addition to relaxing on the sea, people want entertainment and extreme sports, and you can get full enjoyment from the rest in water parks. We offer you a tour of the best water parks of the country, tell you about their features, infrastructure.
1. Waterpark “Treasure Island”
It is among the five largest water parks in Eastern Europe and is the largest in Ukraine!
“Treasure Island” is located in the resort town of Kirillovka. In the most ecologically clean corner of the Azov Sea – Utlyuk and Molochny estuaries at the intersection of two spit – Peresyp and Fedotov.
“Treasure Island” occupies almost 60 000 sq. M. with a mirror area of ​​swimming pool water of 6,120.5 square meters, which is a record not only for the Sea of ​​Azov, but also for the whole of Ukraine, and also puts the water park in line with the largest water parks in Eastern Europe.
“Treasure Island” is impressive area of ​​the main swimming pool, where the surface of the water mirror is 1720 square meters. m. Big attraction “Lazy River” with a water surface area of ​​1973 sq.m. functionally related to the family recreation area. Around are places for those who want to sunbathe, shadow canopies, green areas, cocktail bars. The radial placement of the water park slides allows travelers on a large pool to watch what is happening on the rides. The depth of the large pool is from 0.00 to 1.6 m.
There is a children’s pool, the water surface of which is 1,607 square meters. m, in the center of the pool is a full-size pirate ship measuring 16 meters by 6 meters. The children’s pool is divided into two zones with a depth of 40 and 80 cm.
The water park will surprise the “Lazy River”, which has no analogues in Ukraine, flowing throughout the entire water park with a water surface of 1973 sq.m. and 340 m. in length.
Placing six bridges across the river allows vacationers to move to other recreation and entertainment areas.
On the territory of the water park a large number of attractions – 16 for adults and 18 for children.
Treasure Island simultaneously receives over 3,000 visitors.
The water park “Treasure Island” is a multifunctional entertainment complex, because its territory has: – 8 pools (6 reception pools + children + adult), and a water attraction-pool “Lazy River”.
2. “Cape of Good Hope” (Berdyansk).
One of the largest water parks in Ukraine, it covers an area of ​​more than 5 hectares. Built in the style of an old castle. On the territory there are bars, catering, pizzeria.
In total, the park operates 31 water attraction. The “Black Hole”, its length 150 m, is considered the most “extreme” slide. It descends along in complete darkness. There is a 90-meter slide “Boomerang”. Riding on it allows you to gain speed of 10 m / s.
For children there is a swimming pool with a depth of 40-60 cm and a dozen slides. And for adults in the water park at night they hold foam parties with a special show program.
The water park is open from 10.00 to 19:00.
Children up to three years old can attend the water park for free, but only if they have a birth certificate.
You can get here on a free shuttle bus that runs every half hour from Berdyansk.
3. “Banana Republic” (p. Coastal – near Evpatoria)
It is considered the largest water park in the Crimea. Up to 2500 people can rest here at the same time.
In total, there are 25 rides and 8 swimming pools on the territory. All slides are divided into three types of difficulty depending on the speed of descent: green is the descent with stops, orange and black – slow descent, yellow and blue – fast. The most extreme slide is called “Red Pepper”. Its length is 60 m and its height is 21 m.
For young children there is a two-tiered pool with 10 attractions and a swimming pool “Ball”.
Also on the territory of the “Banana Republic” there are tennis courts, massage chairs, an Internet cafe, fast foods and restaurants.
Opening hours: from 10.00 to 17.00
Free for children below 90 cm. Free birthday sign.
You can get there in 15 minutes by bus from Evpatoria.
4. “Koktebel” (Koktebel)
The water park is located on an area of ​​40 thousand square meters. On its territory there are 24 water attractions, from the bottom 13 – for children. Also on site there are 3 hot tubs and 7 pools.
The “Coastal Brotherhood” are considered the best (Extreme) attractions. Attraction consists of three closed pipes intertwined with each other. Also the hill called “Free fall”, the speed of descent from it reaches 12 m / s.

Posted in but blindly you, buying online, Carpathian evening, children under, lower part, marble cave, most popular tracks, water surface, which is a record
Azov Sea here and go to winter there is a direct retired people kitchen rich concert program interesting facts water parks old castle service and always rental equipment perfectly prepare presented models nearby resorts hours starts water and soil have became interested internet employees have European principles starting to learn evening - a mini-disco care of comfort a lounge trips are waiting gentle slopes moisture-proof housings First of all region will Returning equipment concert hall extra pounds you have an advantage travel in a budget everything possible mode of operation mobile snow waterfall Shypot mini-clubs cavers built village will delight Travel agencies greater the discount water dripping speed of descent competitor to Turkey
<a href="http://thisismyurl.com/downloads/easy-random-posts/" title="Easy Random Posts">Easy Random Posts</a>
moisture-proof housings waterfall Shypot concert hall old castle service and always travel in a budget water dripping presented models Returning equipment interesting facts became interested European principles trips are waiting a lounge you have an advantage evening - a mini-disco kitchen mobile snow Azov Sea here and go to care of comfort rich concert program retired people greater the discount rental equipment mode of operation perfectly prepare gentle slopes village will delight everything possible starting to learn water and soil have Travel agencies nearby resorts hours starts region will employees have competitor to Turkey First of all mini-clubs extra pounds winter there is a direct internet water parks speed of descent cavers built
The rules of shopping in Egypt: what to bring from the "Land of the Pyramids"?Egypt has long occupied a leading position among the countries of rest. There is a beach holiday, and sightseeing, and extreme. Be sure to visit the capital of the "Countries… 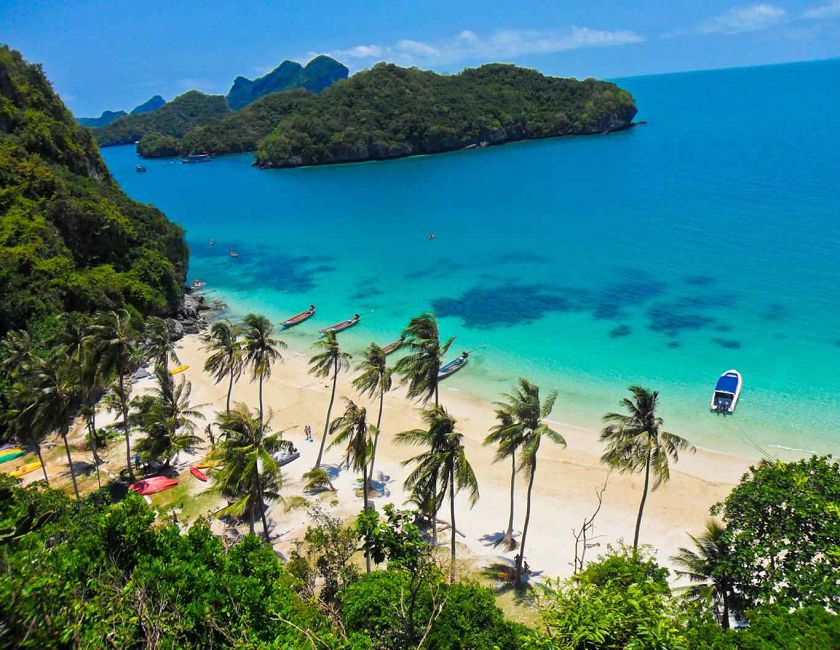 What's new at TC Bukovel in the winter seasonROUTES This year we have increased the ski area to 55 km and created more opportunities for recreation and training for beginners. - The system of disembarking passengers from lifts…